Invasion of the Boxelder Bug

Invasion of the Boxelder Bug

The Okanagan is getting seriously swarmed this spring by a common, although often mis-identified, pest. Boxelder bugs are found primarily on boxelder. 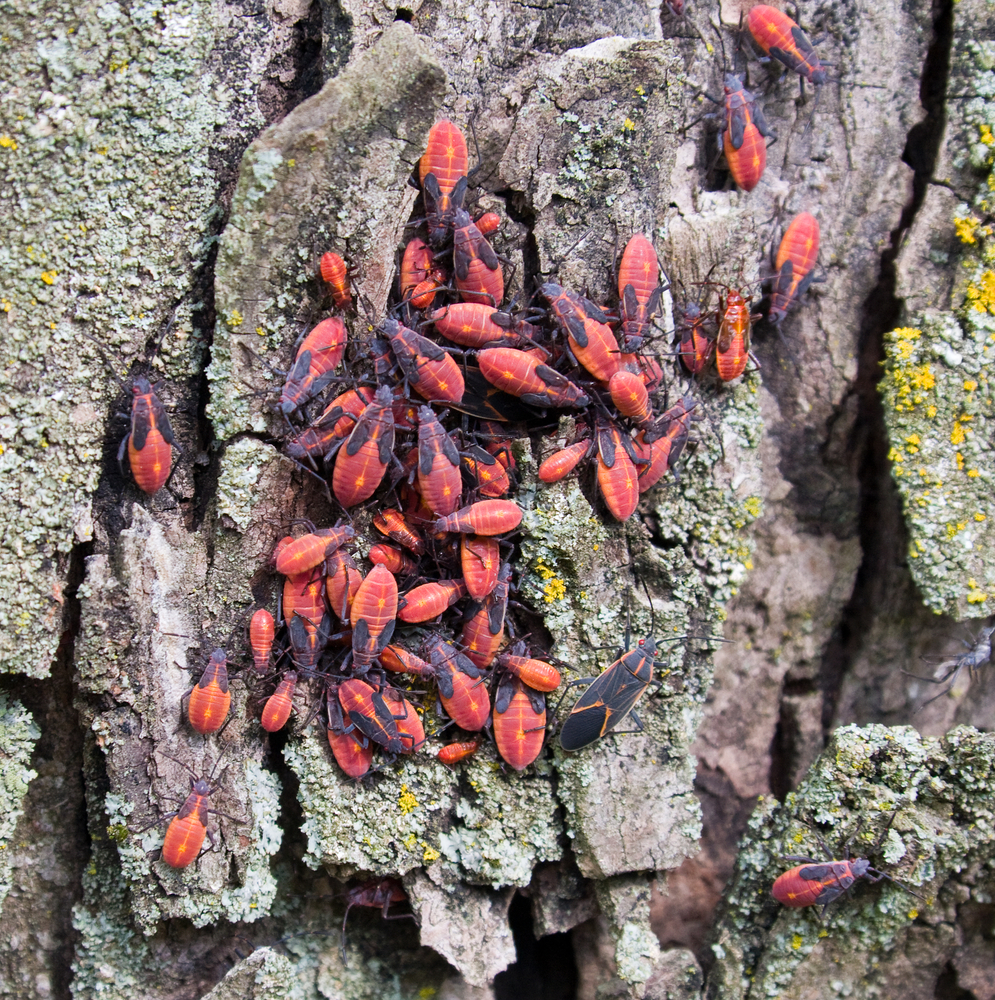 The Okanagan is getting seriously swarmed this spring by a common, although often mis-identified, pest. Boxelder bugs are found primarily on boxelder trees, as well as maple and ash trees. We get a lot of calls about these guys, and although they are relatively harmless they can pose a nuisance for homeowners.

HOW TO IDENTIFY A BOXELDER BUG

Boxelders are often mistaken for 'stink bugs' as they look somewhat similar (read our article about stink bugs to see the difference). Boxelder bugs are about 1/2-inch long, black with orange or red markings, including three stripes on the prothorax, the area right behind the head. Their wings lay flat over their bodies, overlapping each other to form an ‘X’. As you can see below, when you compare them side by side the boxelder and the stink bug do look quite different.WHERE DID THEY ALL COME FROM??

It may seem like these guys are coming out of nowhere! These pests tend to hide in small cracks and crevices in walls to insulate themselves from the cold winter temperatures. In late March to early April, adults leave their overwintering sites to return to their host trees for the warmer months. Sometimes they follow the warmth into the home's living quarters. Once there, they typically move towards windows and other sunny areas.

Boxelder bugs do not sting or bite. They do not cause structural damage to your home. Unlike termites and carpenter ants, they won’t eat you out of house and home! They are primarily a nuisance pest. Their droppings may cause a red stain, so if they make it inside your home, you may find discolouration on your curtains, drapes, or clothing. In order to prevent boxelder bugs from invading your home, repair holes in window and door screens, seal cracks and crevices with a good quality silicone or silicone-latex caulk and install door sweeps to all exterior entrances.

If a boxelder infestation is suspected, a licensed pest control operator (A.K.A BugMaster!) should be called to evaluate and assess the problem.

Buzz Off Wasps!
A Nightmare on Elm Tree
UNLEASHING PLATINUM: The next step in pest control.
Attack of the Carpenter Ants!
BugMaster's Prevention Measures for Odorous Ants In Preparation for Spring