Have you ever met someone and then solely known them by their nickname? And if asked their real name you shrug your shoulders with a confused look on your. 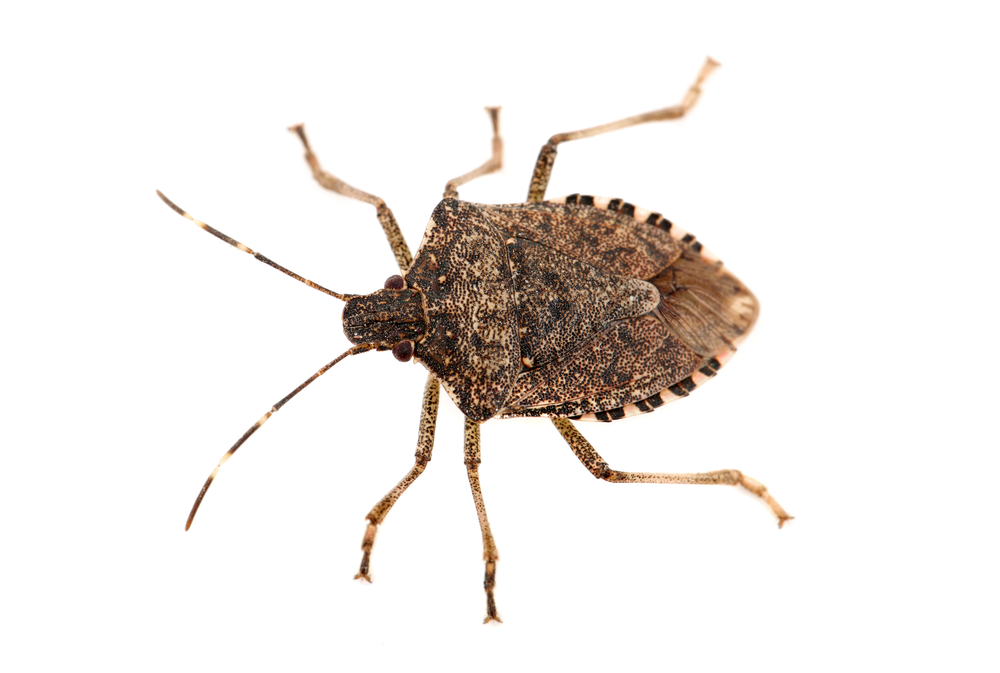 Have you ever met someone and then solely known them by their nickname? And if asked their real name you shrug your shoulders with a confused look on your face? You’ve almost certainly heard of ‘stink bugs’, whose name is derived from their stinky odour when frightened or crushed. Not the most original nickname perhaps, but a catchy one nonetheless. Let’s take a closer look at the appearance, behaviour, and, where necessary, the elimination of these fragrant-challenged bugs.

There are over 260 species of stink bug in North America, and most are completely harmless. Perhaps the most common stink bug species in British Columbia is the Western Conifer Seed Bug. Adults grow to be about 19mm long and are brownish in colour on top. The upper side of the abdomen is yellow or light orange with five black patches. Their noise in flight resembles the buzz of a bumble bee. The offspring are orange, and they become reddish brown after a few molts. The eggs, which are laid in chains on conifer needles, measure about 2 mm each in length. As buds start to open on trees and flowers, the adults emerge and feed off the seeds and leaves. They will also occasionally feed from apple and plum trees in later seasonal months prior to hibernation.

The source of their famous moniker originates from the foul-smelling chemicals they release to avoid predators. They also give off other chemicals to attract their fellow stink bugs. And while killing a stink bug may smell repulsive, the smell itself won’t attract more stink bugs.

You can always do-it-yourself and keep your home from becoming an attractive destination to stink bugs. Remember, don’t squish them. Instead use a vacuum cleaner to suck up the little stinkers. Locate and seal the entrance through which the bugs are taking up residence in your home. Don’t use pesticides in the home unless directed to do so by a professional pest control technician. Reducing the outdoor population of stink bugs is highly recommended for control, applying a preventative chemical barrier to all outside vertical walls and overhangs. If you’ve got a full-blown infestation, or if you’re spotting more than the occasional stink bug slowly pottering around your home, call a professional pest control technician.

At BugMaster, the bug stops here. For us, having no bugs (in your home) is no problem (for us). We have the expertise and equipment to eradicate any infestation. Contact us today to learn more.

Buzz Off Wasps!
UNLEASHING PLATINUM: The next step in pest control.
Attack of the Carpenter Ants!
How To Teach Your Children About Black Widows To Stay Safe In the Okanagan
BugMaster's Prevention Measures for Odorous Ants In Preparation for Spring